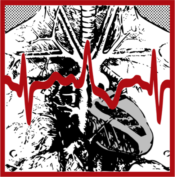 The purpose of Computing in Cardiology, Inc. (“CinC”) is to promote the understanding of the application of computational techniques in the field of cardiology through annual meetings, tutorials, and publications.

Membership shall be open to all persons who have registered for, and have attended, at least two of the four most recent annual meetings of CinC. The Secretary shall maintain a roll of members; any person who has qualified for membership may decline membership at any time thereafter by notifying the Secretary, who shall remove his or her name from the roll of members.

Section 2. Right of Members to Vote

Each member shall be entitled to one (1) vote on any question requiring a vote of the membership of CinC.

Notices required by these bylaws shall be deemed proper if transmitted by email, by postal mail, or by other means as may be approved by the Board of Directors. Notices intended for the entire membership shall also be posted on the web site of CinC.

Registration and other fees associated with attendance at annual meetings of CinC shall be approved annually by the Board of Directors.

Section 2. Use of Funds

The funds collected by CinC shall be used only for legitimate expenses associated with CinC, such as the organization of its annual meeting, the editing and publication of its proceedings, mailings to interested persons, and necessary travel by Directors to meetings of the Board of CinC.

The officers shall be a President, a Vice President, a Secretary, and a Treasurer, who shall serve for a term of three years. No individual shall serve more than three consecutive terms in the same office. At the annual meeting at which the Board was elected, the President shall convene and chair a meeting of the Board, for the purpose of electing new officers. Nominees shall be chosen from among the board members. The Board should first elect a Secretary and a Treasurer. Then the Board should either promote the Vice President to President according to the planned schedule or re-elect the current president, assuming the term limits permit re-election, in which case the Vice President should remain in office for as long as required in order to be able to serve their full term as President. If none of those possibilities occurs, an election should be carried out by the Board Members.

The newly elected officers shall assume office at the conclusion of the meeting.

The Treasurer shall keep and maintain accurate accounts of the transactions of CinC, including accounts of its assets, liabilities, receipts, and disbursements. The Treasurer shall deposit all monies and other valuables in the name and to the credit of CinC with such depositories as may be designated by the Board of Directors. He or she shall disburse the funds of CinC as may be ordered by the Board, shall render to the President and Directors, whenever they request it or whenever the Treasurer deems it appropriate, an account of all his or her transactions as Treasurer and of the financial condition of CinC, and shall have such other powers and perform such other duties as may be prescribed by the Board of Directors or the Bylaws.

Section 5. Termination of Duties of an Officer

Section 6. Vacancies in an Office

A vacancy in the office of President, Secretary, or Treasurer may be filled by an election held for this purpose at a meeting of the Board of Directors.

Section 1. The Board of Directors

All official business shall be conducted by the Board of Directors of CinC. The Past President and the ESC Liaison are Directors ex officio.

Section 2. Membership of the Board

The Board shall have the power to appoint individuals as Directors to assist with carrying out its work. Such non elected individuals will not have any voting rights and will undertake work at the request of the Board. The term of office of such non-elected individuals may be shorter than those of the Officers of the Board, and may extend over a one-, two- or three-year period. A non-elected Director may serve for more than one term, but no more than three consecutive terms.

Section 4. Vacancies in the Board of Directors

Section 5. Meetings of the Board of Directors

There shall be a meeting of the Board of Directors at the time and place of the annual meeting. Additional meeting- may be called by the President, or in his or her absence or inability, by the Past President or Vice President. In the event of the refusal of the President to act, a special meeting may be called by a majority of the Directors. Adequate notification of the date, time, and place of the meetings of the Board of Directors shall be given by the Secretary to each Director.

Section 6. Quorum of the Board of Directors

Notice of the tri-annual election of members to the Board of Directors shall be transmitted to the members at least four weeks in advance of the deadline for nominations.

The President shall chair a Nominating Committee which shall consist of himself or herself, the Vice President, and a third member to be designated by the President. The third member shall be chosen from the membership of CinC, but he or she may not be a member of the Board.

The incoming Board will be elected by the current Board and approved by the membership. A request for nominations from the Members, and a deadline for the submission of nominations, shall be announced on the web site of CinC, or by a letter (email) to the Membership, and during the annual meeting preceding the election. After the deadline for nominations, the Nominating Committee shall review the applications and report to the Board the number of Directors requiring to be elected and the names of the nominees. This would be expected to include those members of the Board who are entitled to stand for re-election. The Board shall then select from the nominees those whom it regards as suitable for further consideration by the Membership through an approval vote. The approval voting form will include the possibility to add names of any other individuals whom the voter considers worthy of appointment to the Board. The Board shall give due regard to the skills of the nominees in relation to any vacancies which will occur. The Board will normally be expected to recommend that those members of the Board who are eligible for re-election should again be nominated unless there are good reasons for not wishing to re-appoint an eligible Board Member.

A ballot will be organised normally via the web and the nominations shall be transmitted to all members with instructions on how to vote for approval within a reasonable and specified time. Members will be free to add names of any other individuals whom they consider worthy of appointment to the Board.

Ballots shall be counted by the Nominating Committee or by another procedure approved by the Board in advance of the election, and the candidates receiving the most votes up to the number of vacancies previously designated by the Nominating Committee shall be certified as elected. In case of a tie vote, the Board of Directors shall decide who should be chosen. The newly elected Directors shall take office towards the close of the annual meeting.

The fiscal year of the corporation shall be the calendar year.

These Bylaws may be amended by an affirmative vote of two-thirds of the Board of Directors.